CHEMISTUBES, is based on “decontextualization”. A new object is produced through increasing the size (intervention in scale), using different materials to the original one (in this case, the ecological material of resin of polyethylene using the technique of rotational moulding), and changing the original use for which an object was first designed. What a laboratory container was before is now a decorative IN&OUT item. Besides offering finishes in a great variety of matte or lacquered colours, it also offers you the option of added lighting, which gives this collection a more interesting touch, creating a surprising, harmonious environment that has great elegance for any interior & exterior space. 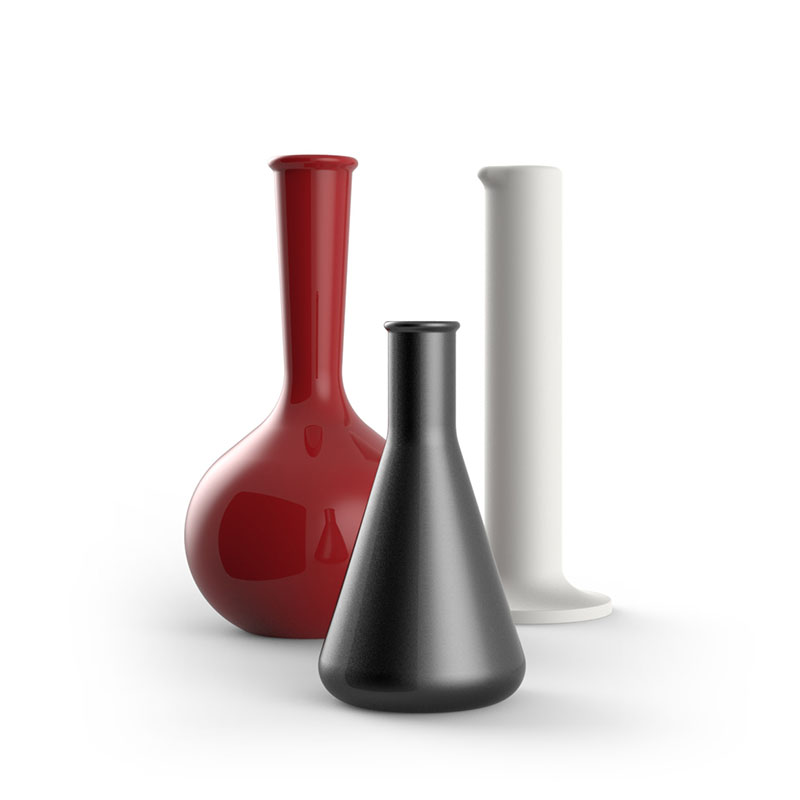 Studio Teresa Sapey is an architecture and design studio based in Madrid since it was founded in 1990. The team's guiding force streams from curiosity and energy. In fact, the range of fields approached by this practice is extremely broad: It varies from spaces to displays via furniture, graphics and editorial works. Projects not only stem from feelings, but they are also capable of transmitting these same emotions to their clients and customers. "By working with spaces my aim is to be touching and therefore render emotions palpable: Three-dimensional, even four-dimensional. No matter the feelings is, as far as it is a feeling, I would go for it! I believe that architecture should interpret, build and transmit these inspiringly and usefully"